Learning to do business with a new Innovation Camp App

INNOVATION CAMP: Introducing of the task.

Workshop “Europass” lead by the teachers from Sweden. 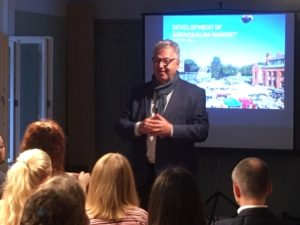 THE TASK FOR THE INNOVATION CAMP:

To come up with practical solutions on why and how the future Agenskalns Marketplace (both building and territory) will appeal to various target groups. How to attract more visitors from the specipic target group? Be creative! Come up with unconventional ideas! Try to avoid copying traditional examples! This will be taken into account by the jury.

Each of the six groups randomly drew its two target group among these 12 groups, and chose one group each: Families with children, Seniors, Kids, Teens, Students, Tourists, Single adults, Low income people, People that prefer exclusive goods and food, People from sorrounding offices, People from other districts and neighbourhoods and Vegans and vegetarians. 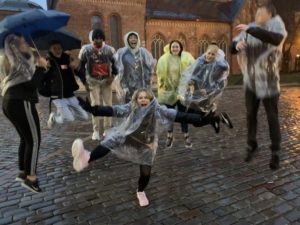 Here you can read about the implementation of our Erasmus+ project